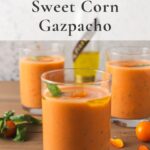 This sweet corn tomato gazpacho is a quick, no cook, gluten free, and vegan soup appetizer or light meal. So easy to make ahead and store in the fridge for later.

Corn tomato gazpacho is an amazing summer soup. For one thing: gazpacho = no cooking, which is great when there have been too many 90F + days. I love how easy a soup gazpacho is. Chop up the veggies and throw them in the food processor. Plus it lasts for several days in the fridge.

Typically gazpacho includes bread (usually stale) but the corn adds some of the starch and texture you would normally get without the gluten. The corn also gives the soup almost a creamy quality without the use of any dairy products. Fresh corn has that effect! I wouldn’t be surprised if corn milk makes a rise in popularity once the oat milk trend fades a bit.

Gazpacho can be served in a bowl for a larger portion or a fun option for a party is to serve it in shooter glasses as an appetizer. And since it’s easy to make ahead, it can really dress up a party table without adding too much extra work. This gazpacho made a great accompaniment to a thin crust pizza, but I’m sure it would be excellent with a cold quiche or even a salad if you are looking for a lighter meal. 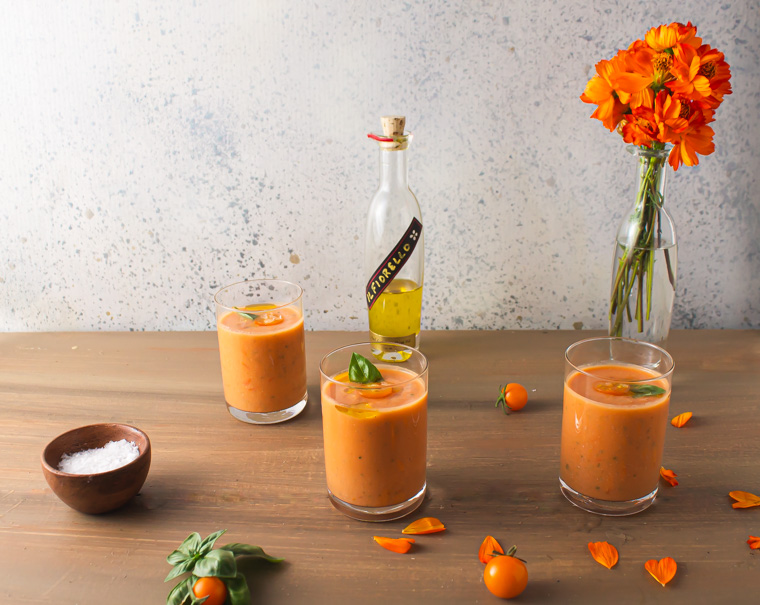 The produce is critical in this recipe so getting the best flavor out of it is paramount. Storage can impact that as well as the freshness and source. I of course advocate for getting the freshest produce you can and from small local producers. But no matter where you get your produce storage can make an impact on longevity and flavour.

How to Store Tomatoes

Don’t store you tomatoes in the fridge. Please. Tomatoes stored in the refrigerator do not have the same flavour as when they started. And the texture gets granular. The best method is in a well ventilated plastic/ceramic container on the counter. This keeps air circulating and moving the ethanol from the ripening fruit away from the tomatoes which helps them last longer.

Once the tomatoes are starting to excessively soft, certainly put them in the fridge if you aren’t going to use them immediately. How long tomatoes last depend on how ripe they are when you got them, but at most a tomato bought when firm will last for 5-7 days on the counter and maybe 1-2 days in the fridge once it’s starting to get too soft.

How to Store Corn

Corn is best stored in its husk in the fridge. Once you remove the husk or cut into the corn it is much more prone to mold and bacteria. Really fresh corn can even last up 1 ½ to 2 weeks in the fridge.

How to choose corn without husking it.

Now that I’ve told you to keep the corn in the husk to store it, you might be wondering how you can select a good ear of corn without removing the husk.

How to Store Cucumbers

Make sure there is no moisture on the cucumbers before storing them in a sealed container in the fridge. Any moisture leaves cucumbers very prone to rot. They also do not do well with temperature changes which cause condensation. If cucumbers have gotten warm from being the car or out at a market in the sun, bring them to room temperature first, then cool further in the fridge (not in plastic) and dry before bagging or sealing. Cucumbers realistically only last at most 1 week in the fridge. 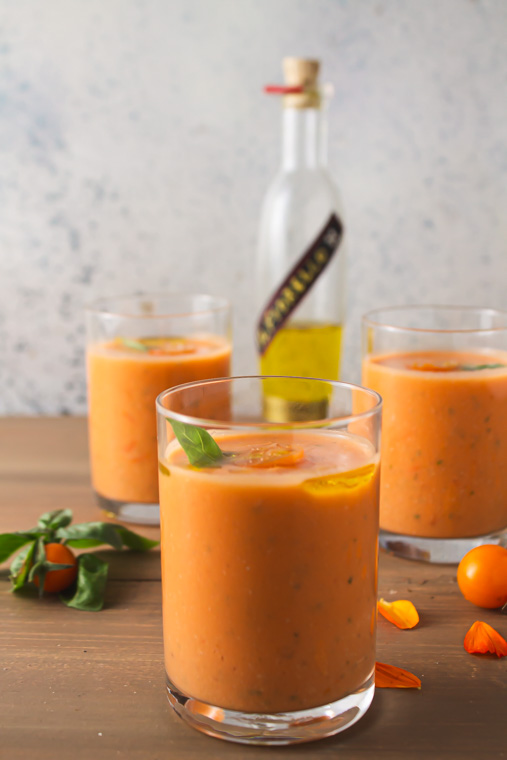