Lots of earthy kale and onion flavors balance with spots of bright, creamy goat cheese in this quiche with a flaky crust. 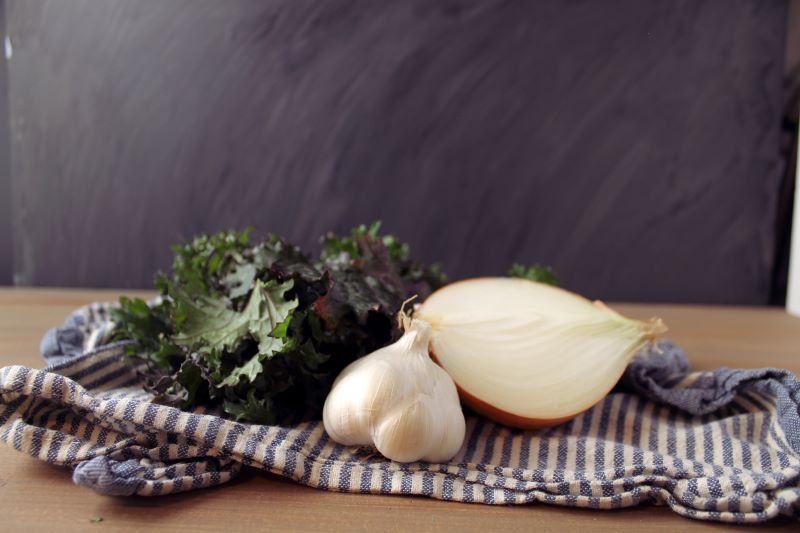 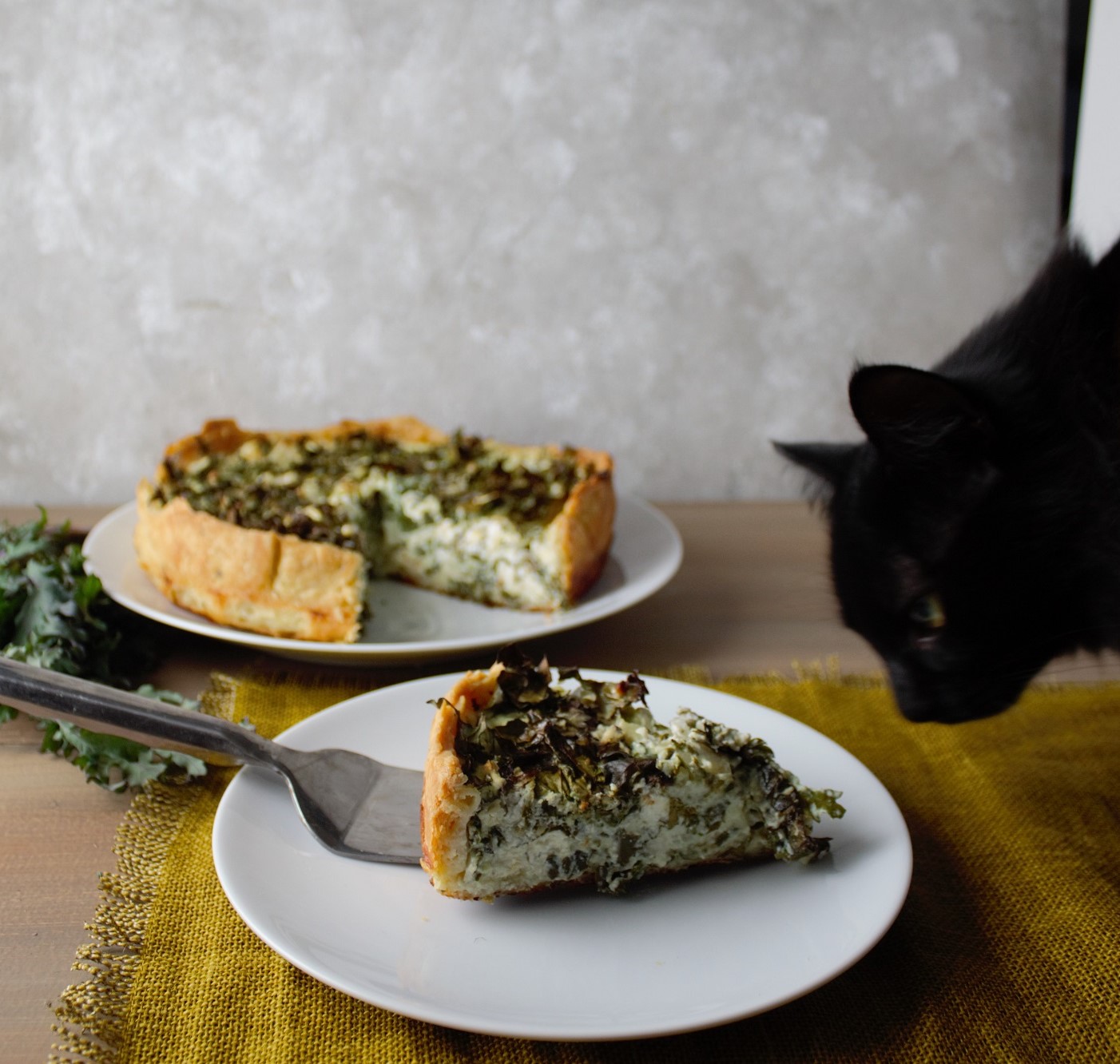 I got really into experimenting with the pictures on this one – as did the kitten. Brun kept stealing the kale. She would run off and then I couldn’t find it. I strongly suspect Dyson (our own little puppy hoover) at it. He loves kale, even raw. Go figure. Brun has also been a menace since I stopped photographing in the kitchen (where she is banned from any elevated surfaces). She keeps sitting between the light and food! 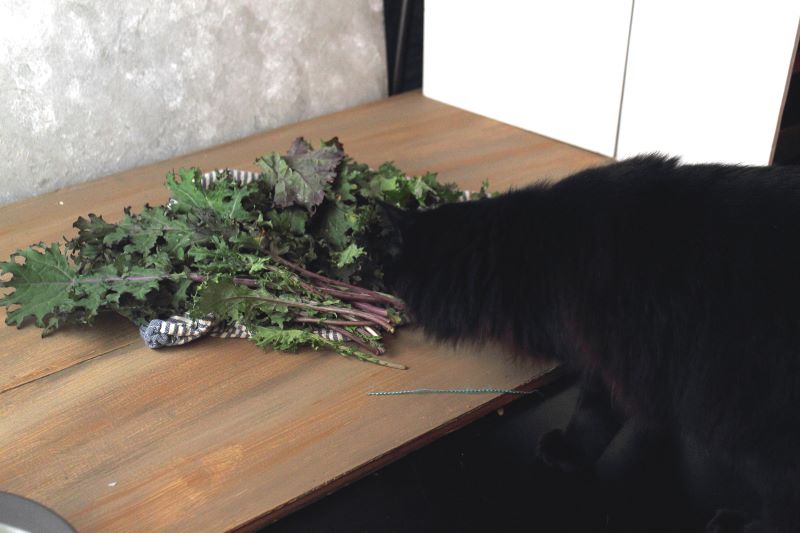 This iteration was made with some lovely purple kale I got in my CSA box, but it can be made with any variety. Wasn’t this kale lovely? I tried to catch the subtle purple of the stems. 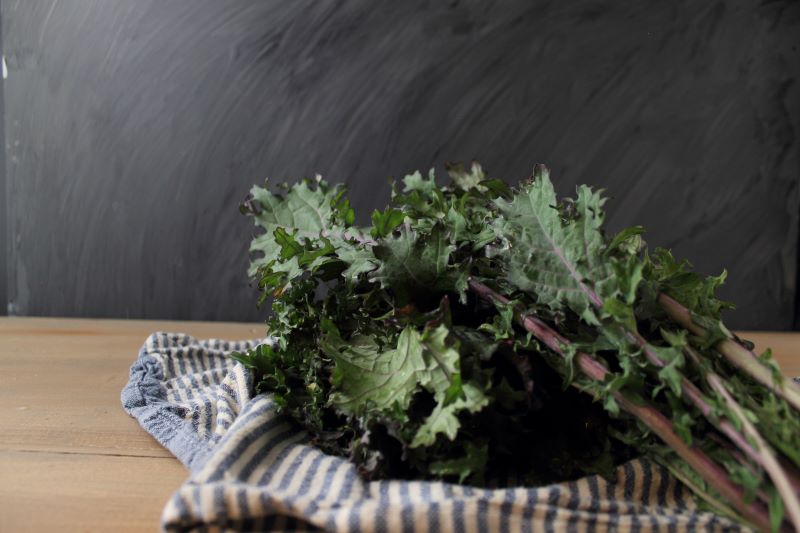 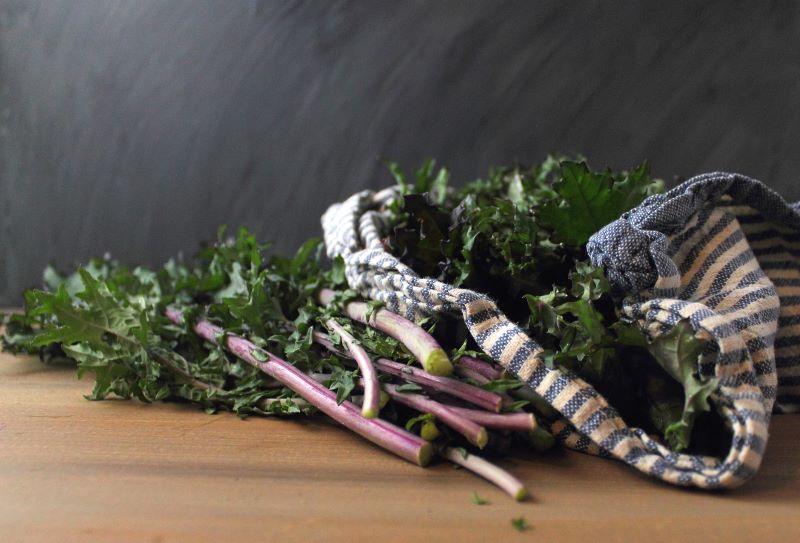 A word to the wise – do as I say, not as I did for the crust. I was trying to be all swish the time I made it for the pictures and make the edge of crust perfectly even and trimmed it before baking – which didn’t work. The edge sunk too much and some of the liquid leaked over changing the proportions in my quiche. I advise that you just leave the crust drooping over the edge of tin and cut it off later. 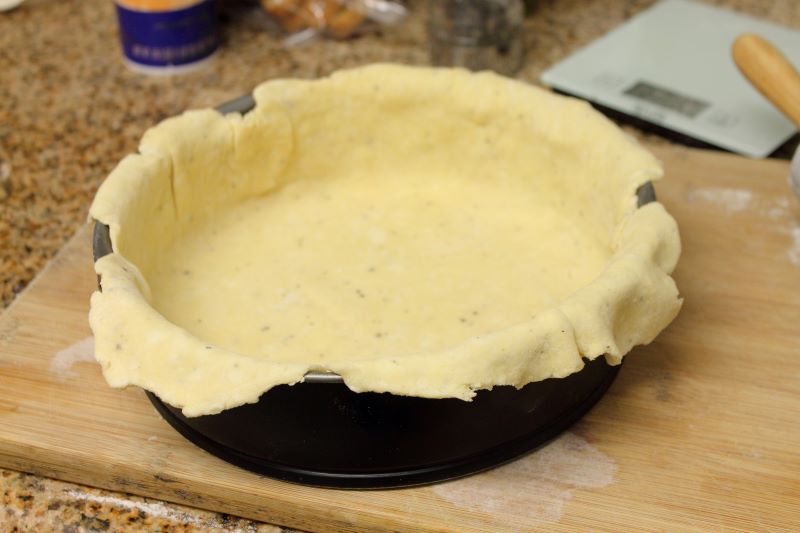 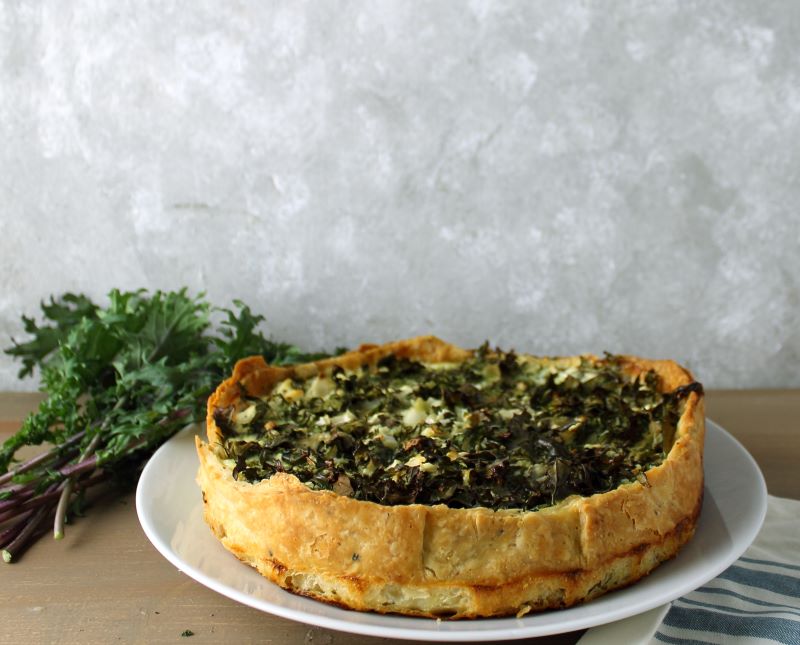 Like I said, I was having a lot of fun with the pictures on this one. 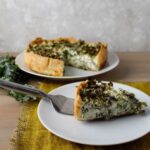 While crust is baking, make filling: