I really like making ice cream. It is involved and makes a mess (at least with my ice cream maker and tendencies to do too many things at once), but the result is always very tasty. And you get to pick your own flavors. Or make some unusual ones. Like grilled apricot.

Check out this recipe as a Food52 contest entry here. 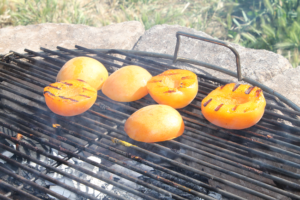 Because this ice cream is made with egg whites rather than egg yolks, it has a much lighter texture and flavor that goes well with the slight tartness and subtle caramelized flavor of the apricots. I tried using egg whites in ice cream previously because I had an excess of whites from the other base recipe I use frequently. And the thing about hot weather is that while it is great to make ice cream in, it is not a time when you want to be turning on the oven to make anything with the egg whites. But Swiss buttercream starts with an egg white base (and buttercream can be great frozen), so one could theoretically start the same with ice cream. Obviously there is less sugar and fat than in buttercream since we are going for an ice cream rather than frosting, but it has the same textural quality of cold buttercream that I like, where it starts solid and melts in your mouth. 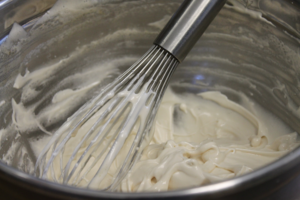 I got the idea to try grilled apricots due to the current Food52 contest on grilling. I certainly am a newcomer to the food blogging world, but I thought it would be a good challenge for me to try entering something, just because. And H wanted to grill this weekend, so the timing was perfect. 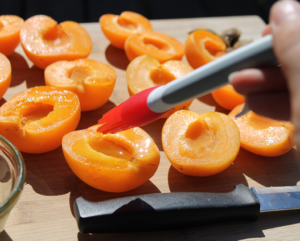 You can of course use the same base ice cream for other flavors, I suggest sticking with fruit where you can really make use of that light quality. The flavor combination I have done previously was blackberry and peach. Also, I might try blanching and peeling the apricots before grilling them in the future, but for now I rather like the array of textures the skins provide. 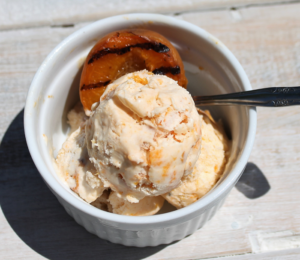 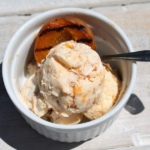 Best if allowed to sit out of the freezer for 5 minutes before serving.